‘Language is not just language; it’s the way you transmit culture’.

Frustrated with the Inuktitut language stream in Nunavut’s schools, some parents in Iqaluit are taking it upon themselves to teach their kids the Inuit language at home.

“Tukisingitunga! I don’t understand you.”

That’s Andrew Morrison’s go-to tactic for getting his three-year-old daughter to switch from English to Inuktitut.

Iqaluit-based Morrison and his partner Nancy Mike decided early on that they wanted to raise their children speaking their mother tongue. 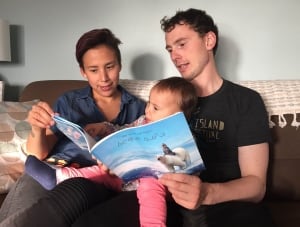 ‘When I’m reading books with my children, I translate it on the spot,’ says Nancy Mike. (Sima Sahar Zerehi/CBC)

Mike wanted to make sure her daughters were able to speak to her unilingual grandfather and great-grandfather and have a close relationship with her extended family.

Besides speaking to Viivi, three, and Laivi, 22 months, in Inuktitut at home, Mike has a few other tactics she uses to strengthen her daughters’ language skills.

“When I’m reading books with my children, I translate it on the spot,” says Mike, “They don’t even care that it’s written in English.”

Mike and Morrison say it’s not easy to keep Inuktitut alive when their world is inundated with English books, movies, toys and music.

“Your kid is just swamped with all these southern ideas and that helps construct their identity, that kind of influences what they like, how they speak,” says Morrison.

Mike and Morrison are members of The Jerry Cans, one of Nunavut’s best-known bands, so the couple had one more ace up their sleeve.

“We wanted kids to be able to sing along in Inuktitut and have songs that they could learn Inuktitut through,” says Morrison.

That’s why they’re working on an album of Inuktitut children’s songs. The catchy tunes teach young ones the alphabet, how to count and the names of animals — all in Inuktitut.

‘It will always be up to us’

But Mike says sometimes “English is so dominant in Iqaluit,” Nunavut’s largest and most culturally diverse city, that it’s hard to find a way to immerse kids in Inuktitut. 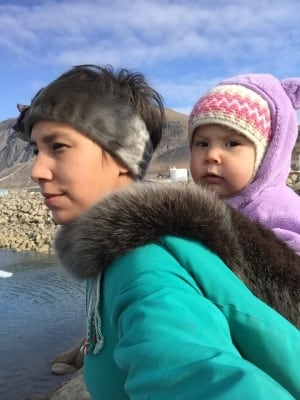 Nancy Mike and her daughter Laivi in Pangnirtung, Nunavut. She says visiting her hometown helps her children learn Inuktitut. (submitted by Nancy Mike)

So when little Viivi starts to speak a bit too much English, she’s sent to Pangnirtung, Mike’s hometown, for Inuktitut immersion among her extended family.

“It does help preserve that language,” says Morrison. “It also helps them to establish and nurture family relations.”

While in Pangnirtung, Morrison’s daughters spend a lot more time out on the land and regularly eat country food, he says.

“Language is not just language; it’s the way you transmit culture,” says Morrison.

The girls go up to Pangnirtung four to five times a year, every time coming back more grounded in Inuktitut.

With only a few years until the start of kindergarten for Laivi, Morrison and Mike are trying hard to ingrain Inuktitut.

Morrison says he has little faith in the territory’s Inuktitut education stream, even though Inuktitut is one of Nunavut’s three official languages.

“As for the school system, it will always be up to us,” says Morrison.

The school system in the territory does not value Inuktitut, with teachers in the Inuktitut stream being forced to work from an English-language curriculum, he says. To make matters worse, Inuktitut education is cut off in high school, with all students being pushed into the English stream.

‘We’re doing it at home’ 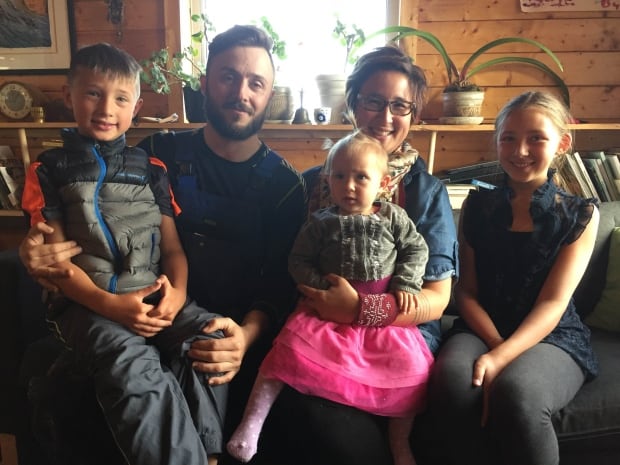 Stephen and Laakkuluk Williamson Bathory with their three children. The couple decided the kids would only speak to their mom in their mother tongue. (Sima Sahar Zerehi/CBC)

Iqaluit’s Laakkuluk Williamson Bathory says she’s given up on the Inuktitut stream in Nunavut schools.

Her oldest daughter Akutaq, 11, was enrolled in the Inuktitut stream until Grade 4, but she says the experience was so negative that she decided to register her seven-year-old son Igimaq in the English stream.

“It broke my heart to make that decision,” says Williamson Bathory, “but we’re doing it at home.”

Williamson Bathory says her daughter’s teachers didn’t have enough of the resources and skills needed to be able to pass the language onto the students in their classes. 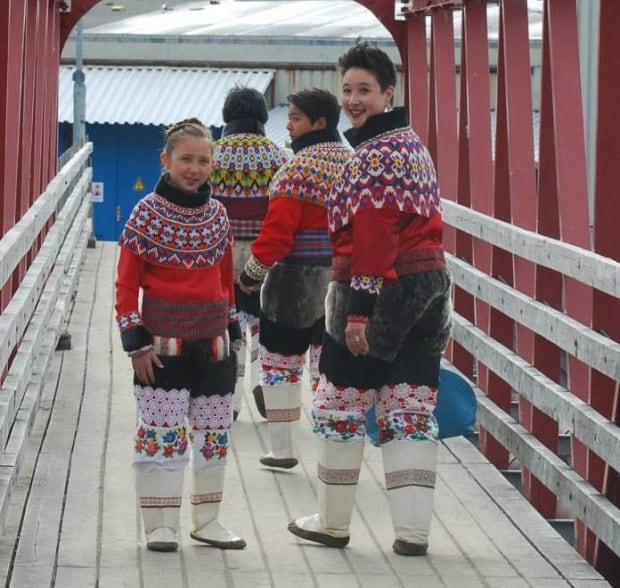 “There’s some wonderful teachers in the school system that teach Inuktitut,” says Williamson Bathory. “But they have to come up with the resources by themselves because their supervisors and the people in the bureaucracy don’t actually speak the language.”

Another problem, according to Williamson Bathory, is that students who speak Inuktitut as their first language are lumped into the same classes as students who do not speak the language.

Eventually Williamson Bathory decided the only way for her kids to become fluent in Inuktitut was to keep the language alive in her home. 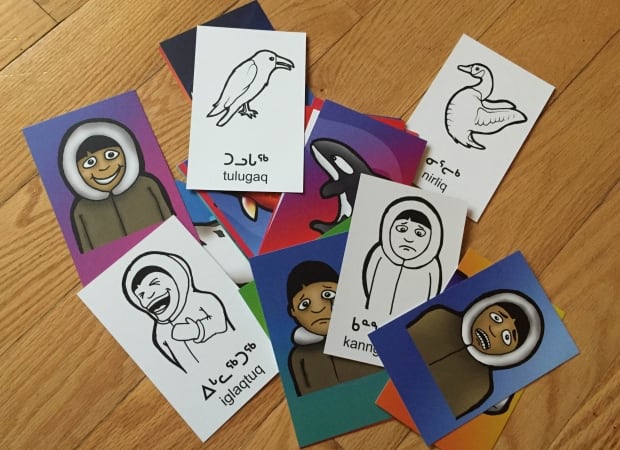 Laakkuluk Williamson Bathory says teaching her kids Kalaallisut, the Greenlandic Inuktitut dialect, took some hard work, but the recipe on how to keep her mother tongue alive was something she inherited from her own parents. (Sima Sahar Zerehi/CBC)

Williamson Bathory says teaching her kids Kalaallisut, the Greenlandic Inuktitut dialect, took some hard work. But the recipe on how to keep her mother tongue alive was something she inherited from her own parents.

“My non-Inuktitut-speaking husband and I made a decision that I was only going to speak Greenlandic to the kids, their mother tongue,” says Williamson Bathory.

Having been born and raised in Saskatchewan, with no other Greenlandic families around, Williamson Bathory learned to be fluent in Greenlandic Inuktitut from her mom, who also insisted on only using her mother tongue to communicate with her kids.